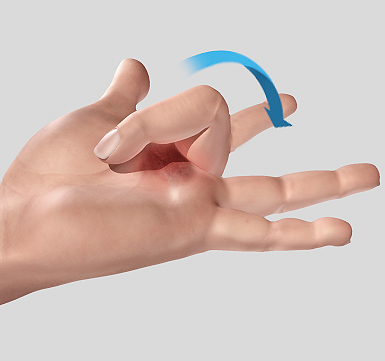 The ability to bend the fingers is governed by supportive tendons that connect muscles to the bones of the fingers. The tendons run along the length of the bone and are kept in place at intervals by tunnels of ligaments called pulleys. When the fingers bend, or are straightened, a slippery coating called tenosynovium helps the tendons smoothly glide through the ligaments with reduced friction.

Inflammation in the tenosynovium leads to a condition called trigger finger, also known as stenosing tenosynovitis or flexor tendonitis, where one of the fingers or thumb of the hand is caught in a bent position. The affected digit may straighten with a quick snap, like pulling and releasing the trigger on a gun, hence the name trigger finger.

Trigger finger is caused by inflammation of the tenosynovium. Inflammation forms a nodule and makes it difficult for the tendon to glide smoothly within its sheath causing "catching" of the finger in a bent position and then suddenly releasing the finger straight.

Other causes of trigger finger can include the following:

Repetitive Motion: Individuals who perform heavy, repetitive hand and wrist movements with prolonged gripping at work or play are believed to be at high risk for developing trigger finger.

Gender: Trigger finger is more common in females than males.

Commonly reported symptoms associated with trigger finger include the following:

Long-term complications of untreated trigger finger can include permanent digit swelling and contracture, as well as tearing of the tendon or rupture

Hand and wrist conditions should be evaluated by an orthopaedic hand surgeon for proper diagnosis and treatment. Trigger finger is diagnosed based on the medical history and physical examination and without any special testing required.

Conservative treatment options may include the following:

If conservative treatment options fail to resolve the condition and symptoms persist for 6 months or more and your quality of life is adversely affected, your surgeon may recommend you undergo a surgical procedure to release the tendon.

Percutaneous trigger finger release surgery is a minimally invasive procedure performed under local anesthesia. Your surgeon makes one small incision to the affected finger area, about inch long, and releases the tight portion of the flexor tendon sheath. 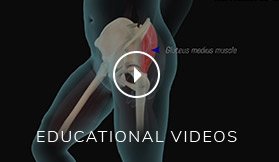 In the News
Practice Location